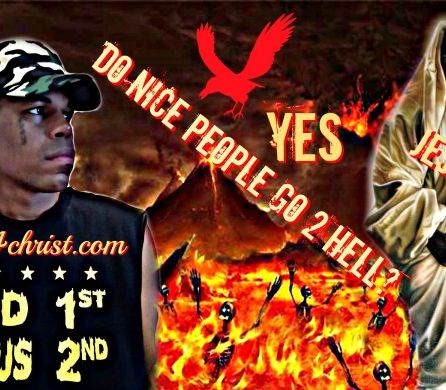 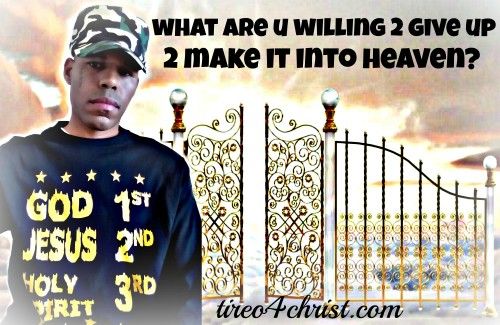 the list of people that's going 2 Hell after they Die, Revelation 21,8 They Will Burn N The lake of fire 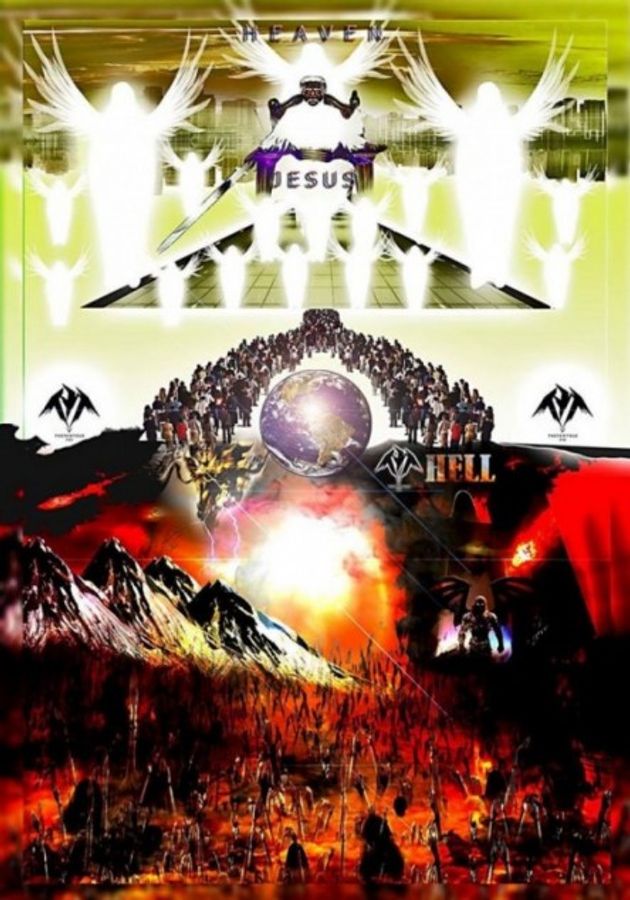 Hell is a very place & it's forever today many people don't really believe in hell but it's real, when Jesus walked the earth he spoke about hell, Jesus spoke about hell more than anyone else did in the bible, today many people are in hell cause they rejected Jesus & have chosen to live their lives their way hell is a brining place thats way below the earth & everyone who end's up their they will be in pain & torment forever & they will be tormented by demons & evil spirits, the bible speaks about the lake of fire in revelation 21,8, it's a lake of pure fire & it's in hell & people are in that lake of fire burning forever

here are some serious things about hell that u should know

There is also no hope, no mercy, no peace, no love, no joy in hell

The wicked are turned into hell, Read psalm 9,17

God is angry with the wicked everyday psalm 7,11

Anyone Who Believes That Aaliyah Is N Heaven & That She Is Resting In Peace Is A Dam Fool, This Girl Was Straight Following Satan In Secret For Real, See It's not about how good a person sing it's all about following Jesus & doing his will for your life I did a video about her in the past & everyone on youtube was made with me why? Cause they worship Aaliyah more than they worship Jesus, Jesus told his chosen people to judge things with righteous judgement in John 7,24 & God told us to expose the darkness in this world read Ephesians 5,11 & God tells us in Psalm 9,17 that the wicked will be turned into HELL, so see i don't make these things up it's all in the bible & only God's chosen will go to heaven Aaliyah was not following God & Aaliyah never did that Vampire movie for the money because she already had lots of money she did that movie because she was showing God that she was not following him & that's when God allowed the plane to crash & remember Aaliyah was rolling with dame dash & jay z & the rest of those wicked people in hollywood, Aaliyah's name was not in Jesus book of life cause in order for her name to be in the book of life she would have to live for Jesus & follow him all the way so it's very clear that Aaliyah is n HELL & if anyone wants to believe the lies that she is n heaven then your going against God himself cause God cannot let people into heaven who are not following him & doing his will Jesus even said u are only his friends if we do whatever he command us Read John 15,14 & Jesus commands us to fully follow him & do his will & Aaliyah didn't do any of that

It's Very Clear That Biggie Is N Hell & He Was Against God & He Hated God & Biggie Was About To Start A Clothing Line Called 666 Which Represents The Mark Of The Beast/Satan & God Had To Allow Biggie To Die Before His Time Cause Biggie Was About To Go All For Satan To Do The Devils Work & Many People Who Followed Biggie Would Have Been Cursed With A Curse Cause Was Leading Many People To Hell, I Did A Video On This On Youtube & Many People Was Angry With Me Cause They Worship These Devils In Hollywood, People U See This For Yourself Biggie Represented 666 & God Had To Let satan Take Biggie, I Advise You To Stop Following These Demonic Witchcraft Stars Who Love Satan & Follow Jesus Before It's To Late For U, Hell Is A Real Place,

R&B Singer Natina Reed From The Group Blaque Died On My Birthday On October 26, Dam So Sad & Everyone Who Is Jumping On This Girls Bandwagon Should Be Ashamed Of Themselves Cause No One Even Cared About Her Until She Died & That's A Dam Shame, I Just Wanna Say A Few Things About This, It's Like Everyone Is Controlled By A Demon Of False Lies Cause Everytime A Celebrity Dies Everyone Is So Quick To Say RIP But Everyone Is Not Resting In Peace & That's Just The Truth & Everyone Doesn't Go To Heaven, Only God's Chosen Who Follow Jesus Go To Heaven & God Can Not Allow Anyone In Heaven Who Wasn't Truly Living For Him & Doing His Will, Natina Reed Was Connected To Lefteye & Lefteye Wasn't Living For Jesus & Doing Jesus Will For Her Life & Lefteye Died Before Her Time & She Went To Hell, Just Like Aaliyah Did & Natina Was Also Connected To Rapper Kurupt From The Rap Group Dog Pound Who Was A Member Of Death Row Records In The Past & They Was All Apart Of The Demonic Cult In Hip Hop Which Led Many Souls To Hell, She Had A Baby By Him & In Hollywood When U Are Apart Of All These Different Demonic Cults A Price Has To Be Paid & That's A Blood Sacrifice, She Was Kurputs Blood Sacrifice & This Is What Happens When U Don't Follow Jesus & Do His Will For Your Life U Die Before Your Time, I Have Been Telling People This For A While In My Videos That I Did On Youtube & U People Gotta Understand That R&B Is Demonic Clut From Satan Used To Destroy Souls & Mostly Girls & Natina Reed Was Apart Of That Cult & The Spirit Of Death Can Haunt A Person For Years Of They Life & That's What Happen To Her The Spirit Of Death Was Haunting Her For Years When She Was Around Lefteye & It Took Lefteye 1st & Lefteye Was TLC Blood Sacrifice & Years Later It Took Her As Well & This Is Why U Shouldn't Wanna Be Like These Stars In Hollywood Cause They All Are Dieing Before Their Time, My Heart Goes Out To Her Family & Friends But Im Gonna Speak The Truth They All Need JESUS Cause When U Don't Wanna Fully Follow Jesus U Shorten Your Own Life & The Spirit Of Death Haunts U Until U Die, 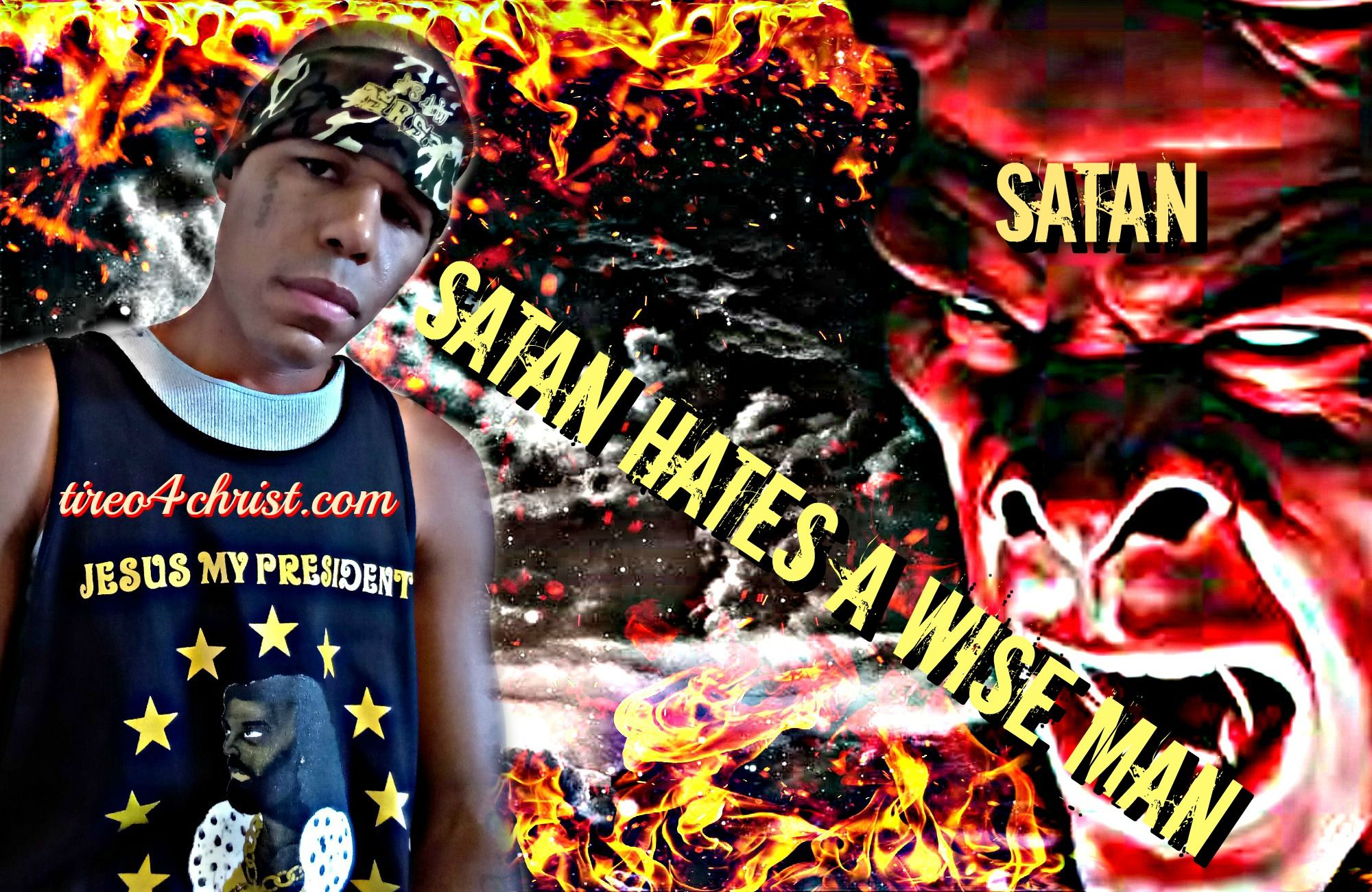 U Are Going 2 Hell 4 Being Fake & Phony Revealed

Knowing That People Are In Hell, It's All In The Bible Read It 4 Yourself  Celebrity Parents Are Cursing Their Own Kids & Leading Them Straight To Hell, Raise Yo Kids 4 Jesus  Cowards Are Going To Hell, Revelation 21,8 They Will Burn N The Lake Of Fire